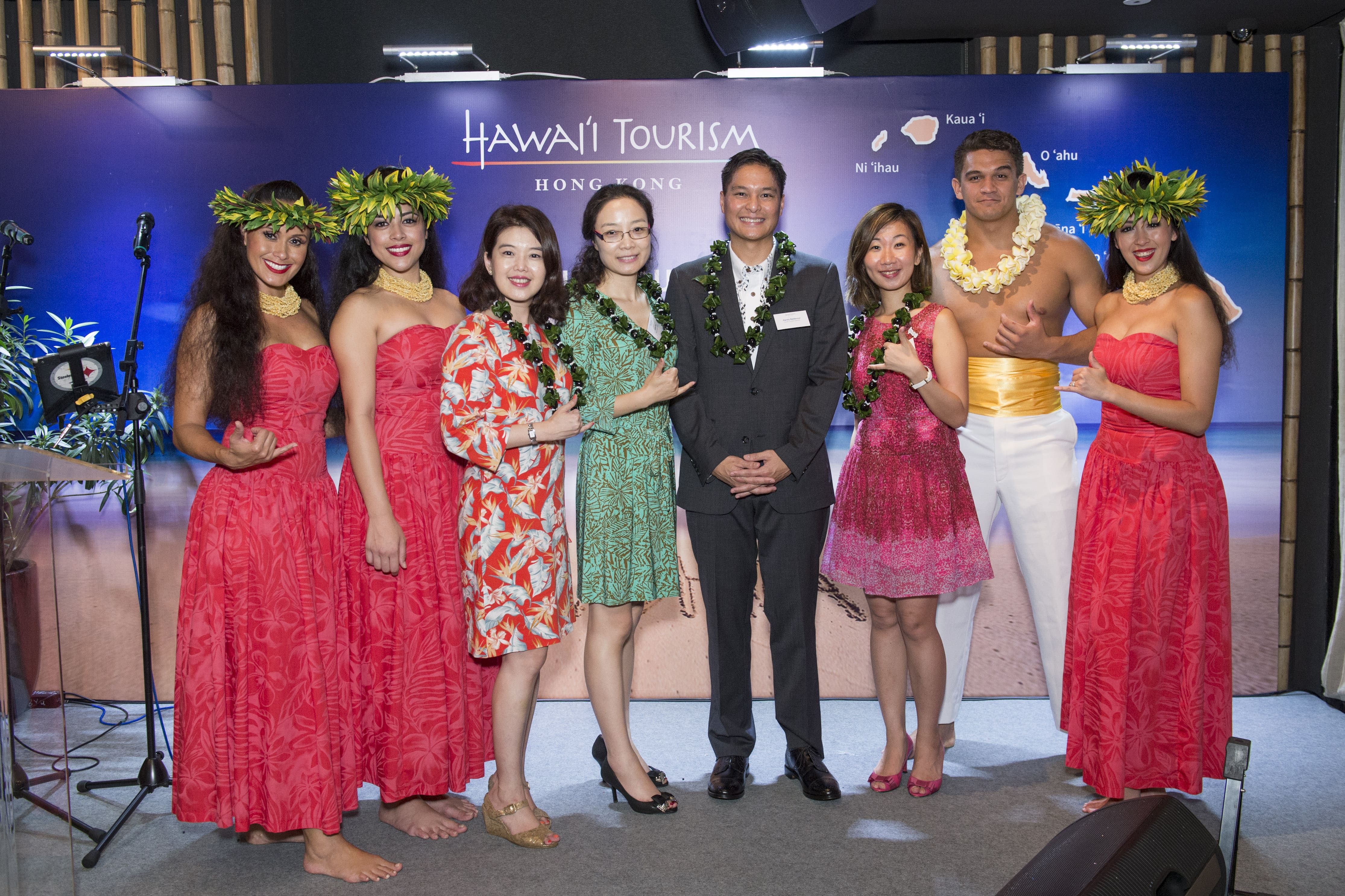 May 27, 2016 Hong Kong – The Hawai‘i Tourism Authority (HTA), the state’s tourism agency, has established an office in Hong Kong through its marketing contractor, BRANDSTORY Asia. In addition to mainland China, BRANDSTORY Asia will extend its destination representation services for the Hawaiian Islands to cover Hong Kong SAR.

Headquartered in Shanghai, BRANDSTORY Asia is an award-winning travel representation company. As charismatic storytellers, the team will employ a strategic mix of airline and travel trade partnerships as well as consumer marketing via advertising, PR and social media programs to increase the desire for and actual travel to the Hawaiian Islands. BRANDSTORY’s offices are based in the key gateway cities of Hong Kong, Beijing, Shanghai, Guangzhou, Chengdu, Taipei and Singapore, with a new office being planned in Malaysia.

“We are delighted to be expanding the scope of Hawaiʻi Tourism China to include Hong Kong and believe residents will appreciate having the opportunity to learn more about the Hawaiian Islands as a travel destination,” said George D. Szigeti, HTA President and CEO. “With the region’s GDP per capita being the fifth highest in Asia, an aspirational destination like Hawai’i is an enticing option for travelers seeking a destination that’s authentic and unique, but also features a strong influence of Chinese culture. We also appreciate the importance of Hong Kong as a gateway in reaching travelers in booming Southern China and other Asian markets who want to explore Hawai’i. We look forward to working with BRANDSTORY Asia to tap into the opportunity that this vibrant and sophisticated market provides.”

Reene Ho-Phang, Managing Director of BRANDSTORY Asia stated “Our team is honored to be appointed by the Hawai‘i Tourism Authority and excited to have our role extended to cover Hong Kong. As a matured outbound market, the region is very FIT-driven and part of our focus will be on digital consumer campaigns that resonate with the highly sophisticated travelers.”

(Photo – Left: The Tihati Group’s Hula and Ukulele performance. Several of these cast members were part of the cast to perform at the White House for President Obama in 2008 – the only Luau to ever be held on the White House grounds. They have also performed for President Bill Clinton, Michael Jackson & Oprah Winfrey to name a few)

In 2015, Hong Kong’s 7.2 million citizens made a total of 89.1 million departures – an increase of 5.4%. The Hong Kong-Hawai’i origin-destination market has also seen sustained and strong growth, making Hong Kong the second largest unserved Asia market for the Hawaiian Islands. An increase of 42% in the number of passengers travelling to Hawaii via Hong Kong International Airport demonstrates what an important gateway the region is to other countries; being less than five hours flight from most cities in Asia means it is strategically placed to offer access to other affluent consumer markets.

More press releases and high-res images are available via the link below: https://app.box.com/v/HawaiiMediaInfoCenter